Have you ever visited a city that looked dusty, dilapidated and destitute? The place looked so uninviting it made you want to pack your bags and go back home immediately. Well I have and this city is none other than Detroit, Michigan. Detroit looked abandoned like people forgot it existed and left it there to disintegrate. I know what you’re thinking who goes to Michigan, on purpose, in the winter if they don’t have to? Well I did, so don’t judge me. And when I was preparing for my trip I searched for things to do and there was only one place I wanted to visit.
As you may know when I go away there are three things I like to do. 1. Eat good. 2. Sightsee and 3. get some R&R. So of course my trip started off at a brunch spot called Kuzzo’s Chicken and Waffles which I found on Yelp. This restaurant had good reviews and the items on the menu made my mouth water. When we arrived there was a twenty-minute wait so we did a little people watching. There were a variety of patrons waiting to be seated with very colorful personalities and fashion sense. 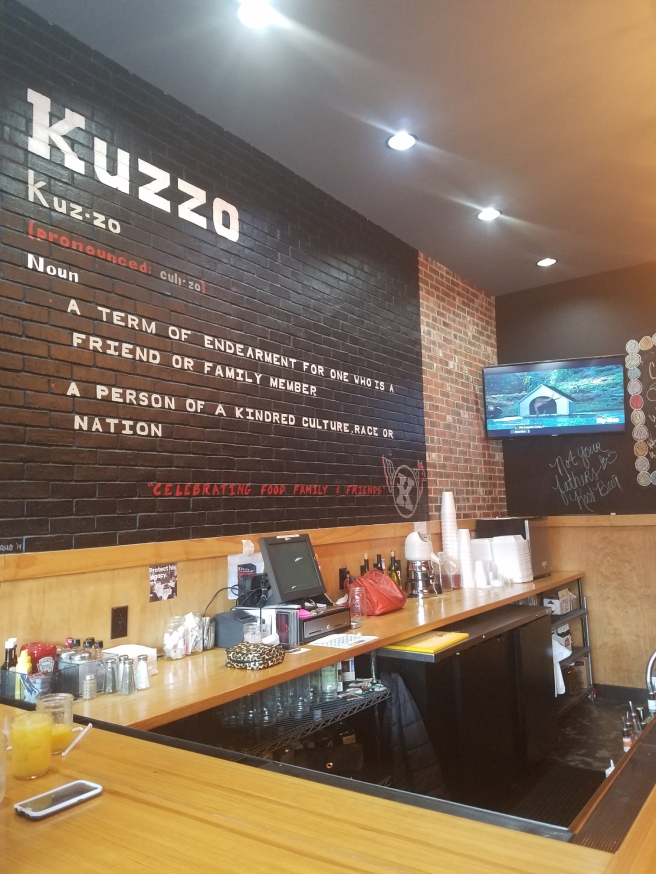 When we were seated, I had an idea about what I wanted to order and when I saw someone seated near me order the same thing, I knew it was divine intervention. But first, I requested a tasty beverage which consisted of a mix of three types of Kool-Aid. Yes I said it, Kool-Aid. For those of you that don’t know I LOVED Kool-Aid as a kid. My brother made the best Kool-Aid because he would pour almost a whole bag of sugar in the pitcher for one pack, lol.

My beverage was Mmm good so I just knew my food was going to be even better. We’ll it wasn’t. It was just ok even though as you can see below it looked like it was going to be finger lickin’ good. The chicken was average, the waffle was a little cold and the macaroni and cheese was greasy and lacked flavor. But oh well, you win some you lose some. 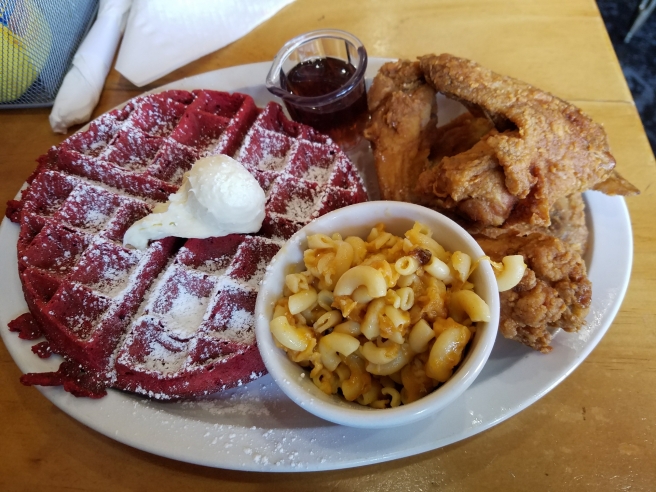 Next stop was the Motown Museum. I thoroughly enjoyed Motown the Musical when I saw it on Broadway a few years ago so I was excited to visit this historical exhibit which chronicles a record label started by Berry Gordy and produced legends like The Temptations, the Jackson 5 and Marvin Gaye. But when we arrived we learned the tours were sold out for the day and we would be unable to view the exhibits. Talk about being upset. I was so upset, I pouted and walked away with only this picture which I almost didn’t take.

Since there was nothing else I wanted to do in Detroit we went back to Lansing where my friend lived and stopped at an outlet mall on the way. I just knew I would be able to cheer myself up with a little retail therapy. Boy, was I wrong. There was only one store I ended up going to and it was a bookstore where I found nothing to purchase. So we went back to Lansing to relax and we watched the entire first season of Stranger Things on Netflix. Now that’s a good show!
On Sunday, I relaxed some more and caught up on some episodes of Grey’s Anatomy, Orange is the New Black season 4 and began watching Black Sails. Overall, it was a very boring uneventful trip but I guess I shouldn’t complain because it could have been worse. At least I got to watch good TV.  Until next time….