A week and a half ago, I had the pleasure of celebrating a friend’s 40th birthday (aka Jotakafest) in Puerto Vallarta, Mexico. So let me just start by saying this, when I turn 40 in 19 years this is how I want to do it! Jotaka Eaddy left no stone unturned in Puerto Vallarta. She had an itinerary planned that was better than the itinerary for #fyrefestival. There were so many things for us to do that by 11 PM every night I was ready to go to sleep and I did.

The trip was a short trip for me but it was so worth it. This was the first time I had been away from Jordy B for more than a night so I was a little nervous. But if you know me you know I wasn’t going to let it stop me from living my best life in PVR. I arrived on Friday afternoon and was greeted at the airport with a margarita. Cheers!! From that point on, all I could think about was what would be the next drink I could chug down.

When we pulled up to Garza Blanca, I felt like I hit the lotto and landed in paradise. I don’t know if I felt like that because I hadn’t been on vacation for over a year or if it was just that damn beautiful! And just when I thought the lobby was beautiful we made our way to our Junior Suite that had a jacuzzi and hammock on the balcony. Yasss!

We had a little free time before we were scheduled to attend the meet & greet so we grabbed a bite poolside and met some of the other attendees of Jotakafest. Did I mention that 70 plus people came to PVR to celebrate at Jotakafest? I should also tell you that almost every African American who stayed at Garza Blanca that weekend was there for the festivities so it felt like we were at a family reunion when we greeted each other.

The first night was low key so we made reservations for dinner at BocadosSTK. This restaurant was a steakhouse and let’s just say as a lover of steak I was very disappointed. Overall, the food at the resort was not very appetizing and was possibly the reason I had the BG’s (bubble guts) on Saturday night and a few days afterwards. Or maybe it was the Mexican water/ice? But I digress…

On Saturday, we had a boozy brunch at the hotel and then we attended the yacht party which was LIT! Do people still say that? There was a DJ, a step and repeat, all the margaritas you can drink, delicious finger foods and we even docked long enough for the adventurous folks to snorkel and swim in the Pacific ocean.

On Saturday evening, there was a party at the rooftop bar at Hotel Mousai (the sister hotel of Garza Blanca). Even at night, this swanky rooftop had the most breathtaking view of the ocean despite feeling like the building was swaying. However, we didn’t stay long because my two friends and I were famished. So we headed downstairs to the Japanese restaurant, Hiroshi (which was not inclusive in our hotel package). The food at Hiroshi was significantly better than our other previous dining experiences probably due to the fact that we had to pay for it.

We partook in Japanese Skewers for our appetizer which were yummy. I had Wasabi ribeye which came with carrots and baby corn and for dessert I had wasabi chocolate. What a way to end the day! Maybe that’s why I had the BG’S?

On Sunday morning, my two friends and I went to the spa for an 80 minute massage. Can I tell you that this massage was EVERYTHING!!!!!!! My massage therapist, Paty chanted something, washed my feet and then I proceeded to take it all off for my massage. I hopped on the table and snored for the next 80 minutes while she gave me the best massage EVER. By the way, the view from my spa room over looked the beautiful blue ocean water.

Later that day, we went to the pool party where people were playing cards, dominos and engaging in unscrupulous conversations about nipples (You had to be there). All in all, the vibe was real chill. That evening, we were informed to arrive at the restaurant in the hotel lobby promptly by 7:30 PM. When we arrived we were instructed to find a seat so dinner could be begin. 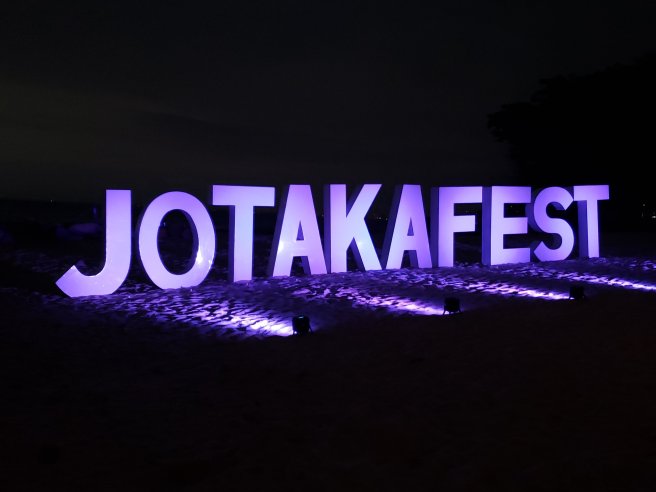 Now what was to come was something you would only see on TV. The birthday girl came out to greet us and had the wildest entertainment I’ve ever seen. There was a sign that said Jotakafest, fireworks and a fire thrower. There were toasts during dinner provided to us by a chosen few who chronicled the different stages of Jotaka’s life. Jotaka even debuted a song from her EP during dinner. Who makes an EP for their birthday? Wow!!!!! 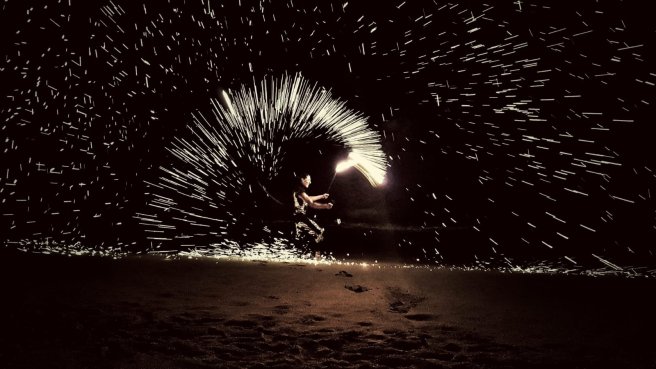 After the show, was the beach party and after the beach party was the hotel lobby. In the hotel lobby, we all tried to inconspicuosly sneak up to one of the penthouses for the after party. The after party vibe was cool but I had my mind set on one more good night’s rest before I returned home to the bad sleep bandit, Jordy B. So I checked out early and went back to my room.

On Monday, most people (self included) left to return home on a vacation high after experiencing an event that will be often imitated but never duplicated. Jotakafest will go down in history as hands down, one of the best trips I’ve ever been on. The mixture of my favorite things, good people, libations and relaxation was just what I needed to carry me through until Jotakafest 2.0. Until next time….. 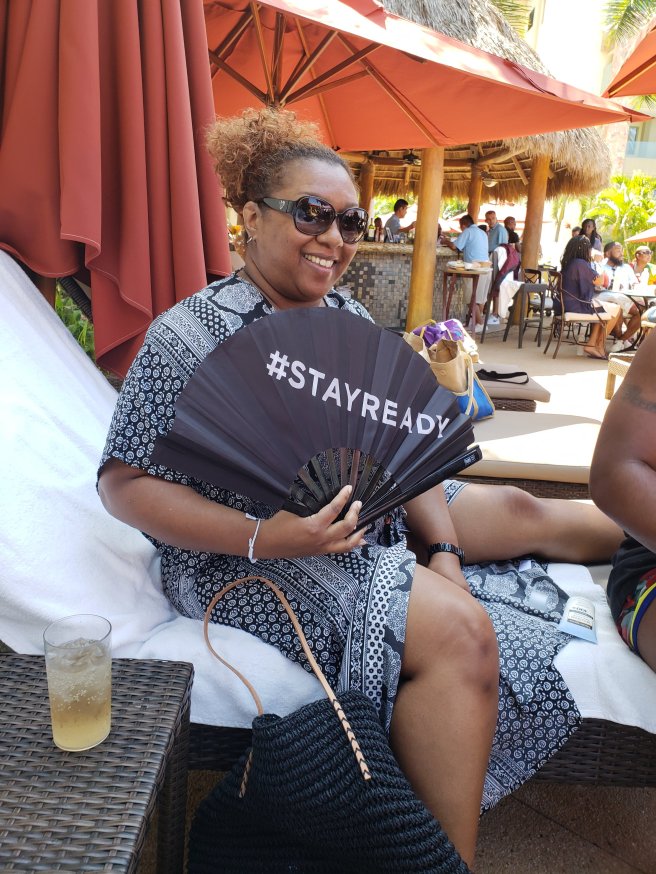 P.S. I can’t take credit for all of these beautiful pictures. We had a private WhatsApp group where some of the images were shared. Also, one of the guests brought his drone for the aerial shots. So here’s a big thank you for those who shared their pics for me to be able to share with everyone on the blog!